Select The Best Team To Be On Your Side 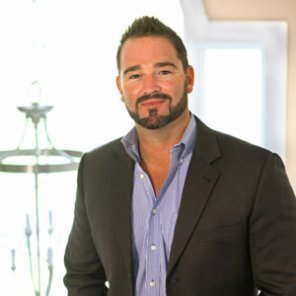 Operations Consultant
Justin LuQuire has always had a passion for working with senior adults and chose to build on his success with A Peace of Home when designing, building and realizing his dreams of opening the doors of Coastal Cove of Wilmington.

Justin’s compassion and commitment to seniors began after he witnessed the slow decline of his beloved grandfather who suffered from Alzheimer disease. Justin materialized this passion when he founded A Peace of Home, a geriatric care management company whose mission and purpose is to guide, plan and coordinate the best plan of care for seniors and their families in order to improve and maintain their independence for as long as possible. It is Justin’s belief that every senior adult and their families should have access to the resources that are available to them as they navigate the confusing and frustrating healthcare maze. His mission from day one has been to provide that compassionate guidance that is all too often not available to families when there are so many unanswered questions and no where else to turn. A Peace of Home was his answer to those questions. Through his teams’ work with seniors via A Peace of Home, Justin realized that the families he was guiding needed and wanted an option to Assisted Living that didn’t yet exist. A true, intimate, “home-like” environment with a non-institutional “feel”. Justin took this feedback to heart and spent several years researching, designing, gaining necessary certifications and finally bringing his dreams to the reality of opening the doors of Coastal Cove of Wilmington in September of 2016. Due to the overwhelming demand from families, Justin is now expanding Coastal Cove’s options for Residential Assisted Living Homes throughout Wilmington, Hampstead and Brunswick County.

Prior to Starting A Peace of Home, Mr. LuQuire was the Director of Search and Placement for the Patton Group LLC. His primary focus was candidate relations and executive level placement. Before working with the Patton Group, Mr. LuQuire was employed with a large private lending firm based in Raleigh, NC from 2002-2004. Upon receiving his Master’s degree in Trust and Investment Management from Campbell University in 2005 Mr. LuQuire began his career with Wachovia Bank, N.A. as a Financial Specialist. Mr. LuQuire then transferred to the Small Business Banking division as a Relationship Manager with Wachovia in 2007 focusing on Business lending, deposit and treasury services management. 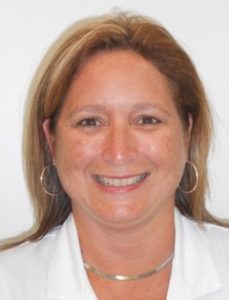 Karen is a true hometown girl. She is not only a native of Wilmington, but grew up in the Monkey Junction area and has many childhood memories of waiting for Santa to arrive on the fire truck at the old Myrtle Grove firehouse. Karen graduated from John T. Hoggard High in an undisclosed year and completed her pre-pharmacy work at UNCW. She was forced to leave Wilmington to attend Campbell University School of Pharmacy, but rushed home to the beach every summer.

While at Campbell, Karen was fortunate to complete four internships with the United States Indian Health Services in Alaska. She was able to spend six weeks in Anchorage and three months in Bethel. While her internships were in the hospital, the time in Bethel was distinctly community oriented. The natives in Bethel were primarily Yupik Eskimos. In their native language, Yupik means “genuine people”. This made it very awkward as “do you speak Yupik” literally translates to “do you speak like a genuine person?” How embarrassing to have to answer “no!” The time in Alaska allowed for a new appreciation for the word “cold.”

After graduation, Karen accepted a position at Craven Regional Medical Center in New Bern, NC. Nothing makes you realize how much you love home like being away. Karen moved back to Wilmington after accepting a position with Revco Drugs. She remained with Revco for several years until the opportunity to return to hospital pharmacy as the Director of Pharmacy at Pender Memorial Hospital in Burgaw. Karen enjoyed being part of the Pender family, but she really missed community pharmacy. She returned to community pharmacy at Wal-Mart Pharmacy in Southport, where she remained for twelve years. Being part of the Southport community was great, but nothing beats being home! The opportunity to become a part of the Cape Fear Pharmacy family was too good to pass up, as it presented the appeal of true one-on-one healthcare.

In 2015 Karen made the decision to up her career to the next level. Throughout 2015 she concentrated on learning the back office management of an independent pharmacy, which is much different from a big box chain store pharmacy. At Cape Fear Pharmacy, Karen developed an intimate relationship with local patients, tech staff, and Bob and Gaye Moseman, where she transitioned into management and ultimately pharmacy ownership beginning 2016.

When she is not at the store, Karen can be found on the water. She loves boating, fishing, and soaking up some vitamin D at the north end. When the weather turns foul, she’s shopping with her awesome niece. 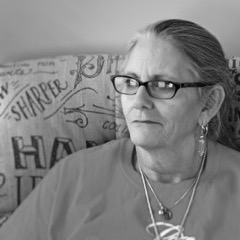 Resident Care Specialist
Thellia Meadows has spent the last 40 years of her career dedicated to the Nursing profession and caring for those in need. She began her lifelong nursing career at St Francis School of Nursing followed by a position at Good Samaritan Hospital in a 16 Bed SICU/Trauma Unit in Cincinnati, Ohio. After earning a dual degree in Bachelor of Arts and Masters in Public Health at the University of Cincinnati, Thellia moved on to The Mercy Healthcare system where she was a Nurse on the Cardiac Care and Transplantation Team and was a member of the CMAT Team. The CMAT team was a team of Healthcare providers that would go to accident sites and provide critical care to patients and then have them flown into the various trauma centers within a 200-mile radius.

In 1990, Thellia and her husband relocated to Wilmington, NC where she joined New Hanover Memorial Hospital as a part of the initial leadership team developing the heart center, now known as the Coastal Heart Center. After 13 years of service in a leadership role at NHRMC, Thellia retired in 2003. However, her “retirement” was short-lived as Thellia immediately began to miss the patient contact and care she had thrived on throughout her 40-year career in the Nursing profession. It was at this point where Thellia pursued her passion for caring for seniors. Post-retirement, she joined The Davis Community and held several progressive management roles over many years including the Director of Nursing of Rehabilitation, the Director of Nursing in Acute Care and the Educator of the entire Davis Community and Champions. In more recent years, Thellia has held several leadership roles at the Silver Stream Health and Rehabilitation Center serving as Administrator and Director of Nursing.

Sharon LuQuire and Thellia Meadows developed a lifelong professional and personal relationship over 10 years ago when they worked together in several different leadership capacities throughout the years in Wilmington’s senior living communities. Thellia has been intimately involved with the opening of Coastal Cove of Wilmington and proudly serves as the Resident Care Specialist. 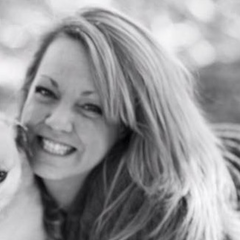 Director of Marketing and Community Outreach
Staci Ward has over 20 years of experience in Medical Marketing and Sales. She graduated in 1997 from the University of Delaware with a Double Bachelor of Science in Marketing and Management and a Minor in Biological and Life Sciences.

She began her career upon graduation from University of Delaware in Greenville, NC with Eli Lilly & Company. For the next 15 years, Staci spent her career in the pharmaceutical and medical device industries in various sales, marketing and brand management roles with Eli Lilly & Company, Ethicon-Endo Surgery, Inc, a Johnson & Johnson Company, Boston Scientific and Zimmer. Upon moving back to Wilmington, NC in 2009, she began her own Medical Device and Marketing Organization serving local healthcare professionals, hospitals, and most recently, Coastal Cove of Wilmington.

Originally born in Wilmington, NC, Staci returned home to her roots to raise her family. Upon this journey, Staci experienced her own family’s hardship when her father was diagnosed with IBM (Inclusion Body Myosititis), a rare diagnosis of muscular dystrophy that left she and her family having to make decisions of long-term care options for her father. Upon moving her father to Wilmington after a fall and initial diagnosis, Staci and her family experienced the hardships of navigating senior care in the current state and began consulting with Sharon LuQuire and A Peace of Home. Staci has since committed her newfound passion and love for the advocacy of seniors’ rights to helping Coastal Cove promote this new approach to Assisted Living to our areas’ seniors.

Adult/Geriatric Nurse Practitioner
Ms. Wingate received her B.S. in Nursing from George Mason University in 1995, followed by an M.S. in Nursing as an Adult and Geriatric Nurse Practitioner from Duke University in 2002. Ms. Wingate has 21 years experience as a Registered Nurse in hospitals and private practice with special interest in oncology, geriatrics and autoimmune disease. She has worked 14 years in Adult/Geriatric Primary Care.